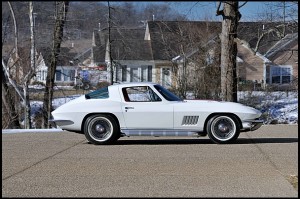 I never quite know what to make of articles like this one. I like railways of almost every type, so you’d think I would be on this particular bandwagon. But I’m not. Not exactly.

All these cities seem to want to catch the lightning in a bottle that Portland seems to have been able to catch (“$3.5 billion in development!”).  What none of them seem to understand is that by the time the Portland Streetcar came along in 2001, Portland had already been investing seriously in public transit for 15+ years, with an extensive light rail system, a downtown transit mall, and cancelled and dismantled freeways.  They even had a “fareless square” that lasted from 1975 until 2012 when the bean-counters killed it.

So by the time the streetcar started service, the city was already a transit city where people knew what public transit could be and voted with their feet and used it.

Tucson hasn’t done that.  Cincinnati hasn’t either, nor has KC.  Detroit?  Well …  bad example of anything.

Nor has OKC for that matter.

Good luck to them, but I’m not optimistic.

I got really worried when this hit my inbox.  All I could think of was the city stepping in to “help” downtown Norman.  Downtown Norman (primarily Main from the BNSF Ry to Porter Ave, but also Gray St has grown a LOT in the past decade.  Not that long ago, there was nothing there to attract people.  Now there are pubs and bars and coffee places and breakfast places and tattoo parlors and art galleries.  It’s pretty neat and I was afraid the city was going to try to “help” it … to death.

Not the case, as it turns out, since the focus of this charrette is what has been christened “center city”.  Not Philadelphia, but the area from Gray to Boyd and the BNSF to Flood.

In my opinion, this actually is an area that could use some direction … as long as they don’t break Campus Corner, which is included, but works just fine.  That wasn’t the case in the 1990s when it was kind-of a dump (Burger King?  Really?) but the TIF really made a difference there.

The transportation/land use connection here will be parking.  Parking, parking, parking.  They’ve made a good start on Campus Corner with modern parking meters and occupancy sensors.  More metered street parking would be a fine thing as would permits in the residential areas.

If they follow the rest of Shoup’s Manifesto and make the prices variable to keep one or two spots open per block face, eliminate the 2-hour restriction, and turn the revenue in excess of costs back to the area, then they’ll really have something!

Much good news here, but I think APTA buries the lede.  “Most since 1957” sounds good until you adjust for population growth – many more rides per capita than now.  And no, I was not riding transit that year.

To me, the bigger deal is that since 1995 transit ridership is up 37.2% while population is only up 20.3%.  That means the number of trips per capita is rising and that’s a good thing.  Transit is even outpacing VMT which grew at 22.7% over the same period.

One thing thing that bugs me is the emphasis on mode.   Except for the fact that commuter trains generally serve suburbs and heavy rail usually serves large cities, mode doesn’t tell you a lot.

(Also remember that these are “unlinked trips” – if a passenger’s journey to work requires her to take a bus to the subway, that’s two trips.)