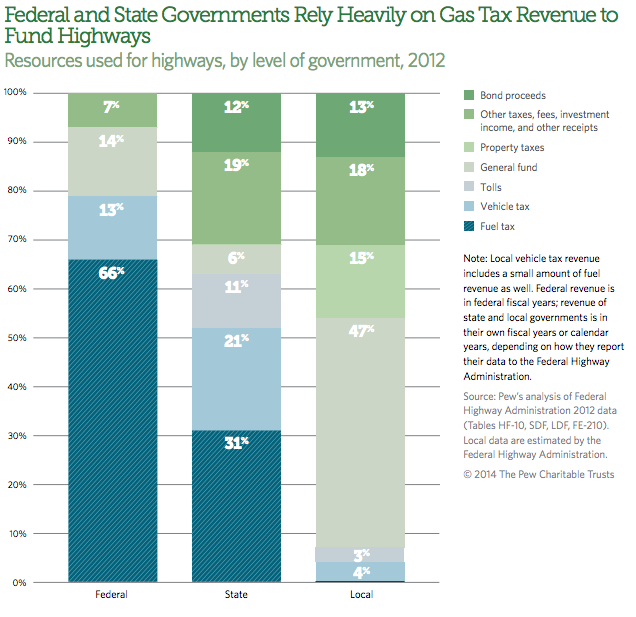 Do Drivers Cover the Cost of Roads? Not By a Long Shot | Streetsblog.net.

I thought they were counting bond proceeds as revenue but they aren’t.  That’s the only borrowing explicitly acknowledged, though.  In the case of the federal contribution, at least 25% (and more like 33%) of the “general fund” category is also borrowed money.

If the federal gas tax ($0.184/gal) had kept up with inflation, the entire left hand column would be completely dark blue, as it used to be.  Even if it was only raised 9 cents (vs 12 to match inflation), the column would be solid blue.