The U.S. Set a Mass Transit Ridership Record in 2014 Despite Declines in Bus Ridership – CityLab.

APTA figures show 101.1 million new transit trips across the country from 2013 to 2014. We tally 98.2 million new trips from metropolitan New York alone—or 97 percent of the total.

Yep.  I’ve hit upon this same theme here, here, and here.  When it comes to public transit in the US, using NYC as an example is meaningless.  It’s just too much of an outlier. 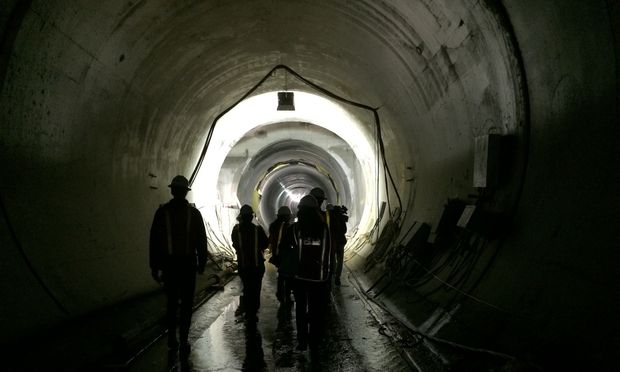 Good news.  Phase II would take the line from 96th to 125th, where there would be a connection to the Lexington Ave Line.  At (roughly) 29 blocks vs Phase I’s 33 blocks Phase II is a little shorter but will make the line more useful given the new connection.  Plus, there are already tunnel segments from the aborted 1970s project.  Phases III and IV, far off in the distant future, would take it all the way down to Lower Manhattan.

All the project needs now is money.  Metric tons of money.

More than 355,000 people per day enter Manhattan south of 60th Street along the Lexington Avenue IRT, the only subway line serving the East Side. On the West Side, 458,000 people enter that same area, but they’re split among two local and two express lines.

Meanwhile, another 285,000 people enter the East Side by car while only 144,000 enter the West Side via auto. The differences are dramatic.

The 2nd Ave line should have been built as part of the IND’s Second System plan but the market crash of ’29 stopped that.  Parts of it actually got built in the 1970s, but the city’s near-bankruptcy stopped that.  Nonetheless, the MTA claims it will open … the Phase 1 stub, at least, in two years.